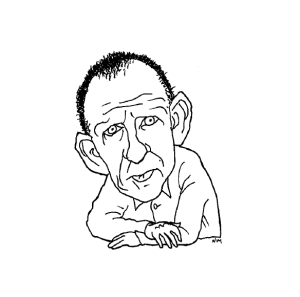 Out of my Head, Tim Parks, Harvill.

Tim Parks goes to a conference in Germany to write about whether science is now a ‘religion’ (whatever that night mean). He decides he is more interested in the phenomenon of consciousness. But let’s take for granted for a moment the clichéd modern definitions of science and religion, and there is a relation in this duality to the sides of consciousness – we think of the mind as rational, but we are pulled by dark forces – hidden motivations, reactions, tendencies, experiences. The mind sounds like the soul. It is in us, it is us, housed in our body, but not physical. At one point Parks compares laboratories to churches, removed somewhat from everyday life, but peering into the mysteries of that life. Theories of consciousness probe into the nature of reality – is it in our heads? Or somewhere else? (Or illusory?) This indeed is what Parks is interested in, and wrestles with in Out of my Head. How do we understand consciousness, the rush of sensations and the awareness and reflection on those sensations? Can the ordinary person (whoever that is) who’s not a neuroscientist or philosopher of mind make sense and fit it to current theories? And in this more subjective, popular account he, perhaps inadvertently, but rightly, focuses on personal experience. When it comes to consciousness, the scientific method of stepping back and being objective becomes lacking, as consciousness is connected to feelings, the classic case of qualia. It is good advice to study yourself when thinking about consciousness.

Anyway, Parks is taken by the theory, championed by his friend, that we must counterintuitively think of consciousness as ‘out there’ in the world – somehow entangled in objects out there and non-existent without the world, spread across brain and world. This certainly complicates the idea of qualia. If consciousness is ‘out there’, how can my feelings, which are accessible only to me, also be? He seems to like the contrary nature of this theory, as well as its explaining away of the idea that we can look into the brain and find consciousness. After-all, neuroscientists have an annoying tendency to point to fields of electricity in the brain and think they have discovered consciousness rather than just the physical arena where it takes place (the idea that consciousness is not exactly physical has been vastly discussed). This is perhaps a recurring issue with the sciences – mistaking specialist knowledge for general explanations of ultimate causes. It’s like asking how a car works and someone pointing to the engine and saying ‘see all those things spinning around…?’ Actually, this caricatures neuroscientists, but they can tend to, as Parks point out, use analogies that they mistakenly think are explanations but are red herrings. The classic one is that the mind is a computer. But if so – who is the operator? And where is the data stored? There are no ‘files’ in the brain. (But, indeed, like a computer, complex phenomena must somehow be stored in huge organisations of simple units.)

But positing that consciousness only works as spread across brain and world seems like a radical solution. Like torching your car when you can’t find the car keys. How can your mind be anywhere but in your head? Certainly the mind works on interacting with the world, but that’s not the same. He is right to suggest that the brain is not the mind, as a university’s buildings are not the university. But the university is not the interaction of the buildings with other non-university buildings. It is a system on another level, utilizing the buildings, or facilitated by them. (Maybe this is another bad analogy.) Anyway, it shows how mind-bending thinking about the mind is. Parks suggests, perhaps in contradiction to his suggestion that neuroscientists explain away too quickly, that they are often happy for the mind to be a mystery – it makes their work seem grander, he says. But maybe they are just cautious about the paucity of theories – in a qualitative rather than quantitative sense. I have sympathy for those philosophers of mind who think that explaining consciousness – understanding understanding – might be beyond us, just as getting our heads, affected by temporality and causality and all that, around what is ‘beyond’ or ‘before’ this universe might be beyond us.

Unfortunately, part of Parks’ subjective and personal approach is his positive self-evaluation. He tells us all about how his girlfriend is so much younger than he is, and how people think she is his daughter, and how he thinks of himself as young, and is surprised when he finds out that people he thinks look old are the same age as he is. And he lets us know that the scientists he meets are impressed that he has such a good grasp of the technical material. This is not here, I assume, to make us think about the subjective and how his view of himself might not match other people’s views of himself. (Is he only assuming that people think she is his daughter? Does he think other men his age are jealous? Impressed? Might this be a projection of his ego?) But it does bring to mind Wittgenstein’s (and others’) suggestion that we are all talking past each other, making connections, but always slightly faulty ones, due to each of us having our own subjective view of the world and each other, through the slippery nature of language. This has connotations for how much the mind is connected to the world, and how much the mind is able to apprehend what is out there, how much the mind rationally reconstructs what comes via the senses and how much it operates as a parallel realm.